Needles applied to points in the ear

There is debate as to whether Auricular Acupuncture was invented by the Chinese or the French. Their charts are slightly different but, despite this debate it is a very useful form of Acupuncture especially for the needle phobic because the needles can not be seen. It is also useful for the chronically shy as the patient does not need to disrobe. Esentially the higher parts of the body are reflected in the lower part of the ear and visa versa. Often if points in the ear need to be needled then they are sensitive to touch and this can be done by an ear palpation tool. Many people think that Ear (Auricular) Acupuncture is just for giving up smoking but this is not true although the point 'Shenmen' in the centre of the top of the ear is widley used for this. 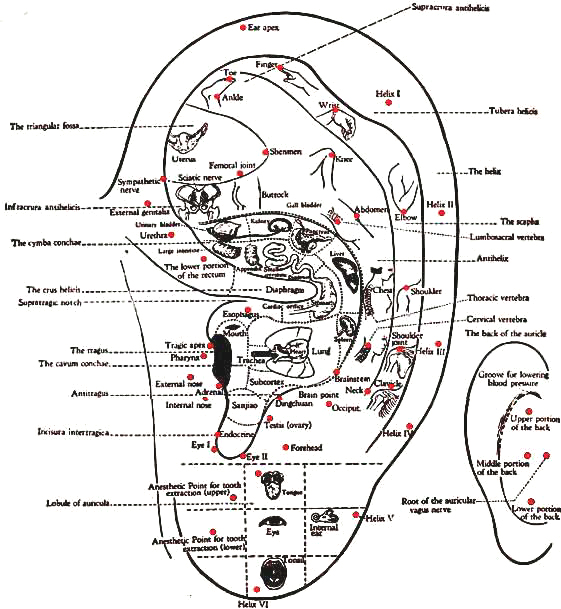 This chart shows some of the points with the corresponding parts of the body but this is a guide because in fact there are at least 350 Ear points and some books such as that by French man Nogier show specific Zones and Lines to be used. There are various ways to stimulate the points including Laser, and needles but sometimes the points need to be stimulated over a period of time to treat difficult problems such as Symphysis pubis dysfunction and to do this ear seeds may be used (Ear seeds are small seeds from the Vaccaria plant.) The seeds are held in place by a small plaster or the method I use is the French ASP needle.

These needles are actually tiny but the tips go into the outer layer of the skin and are covered by a plaster, they are sterile and tend to stay in a lot better than the ear seeds. They can be energised by the finger or the small magnet in the application tool. 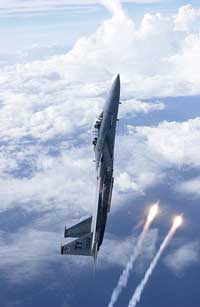 this is an exciting new form of Auricular Acupuncture. It is used to kill pain, not just for soldiers but anyone in pain so must be worthwhile!