There are over 20 techniques used in Tuina and these use the fingers, palms, wrists, and elbows to invigorate Acupuncture points and Meridians. I mainly use it as an adjunctive therapy, that is alongside for instance, Acupuncture. If I have a Patient who's musculoskeletal problem is not getting better then I will often turn to Tuina to get things started. I have very occasionally just used Tuina but that is with Patients who are scared of needles. These days I usually use Tui Na as an adjunctive Therapy instead of on it's own.

To learn Tuina from scratch with no knowledge of Chinese Medicine will take at least 3 years. 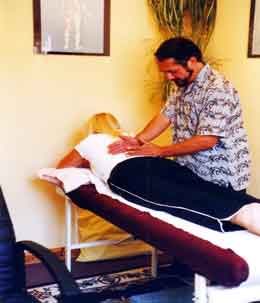 Me giving a Patient Tuina for a sore lower back.

This is a good example of Tuina,

A book by my Teacher, Sarah Pritchard.

If you follow the link, it takes you to the Journal of Chinese medicine Bookshop. 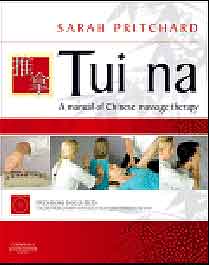