Moxibustion (Chinese: 灸; pinyin: jiǔ) is a traditional Chinese medicine therapy using moxa made from dried mugwort. It plays an important role in the traditional medical systems of China, Japan, Korea, Vietnam, and

Mongolia. Suppliers usually age the mugwort and grind it up to a fluff; practitioners burn the fluff or process it further into a cigar-shaped stick. They can use it indirectly, with acupuncture needles, or burn it on the patient's skin.

The word moxibustion comes from Japanese mogusa (mugwort) (the u is not very strongly enunciated) blended with the Latin word combustio (burning), hence literally "burning of mugwort." Yomogi (蓬) is the name of the herb in Japan. Chinese uses the same character as mogusa, but pronounced differently: ài, also called àiróng (艾絨, literally "velvet of ai").

Practitioners use moxa to warm regions and acupuncture points with the intention of stimulating circulation through the points and inducing a smoother flow of blood and qi. moxibustion can warm cold and clear  dampness in the body. 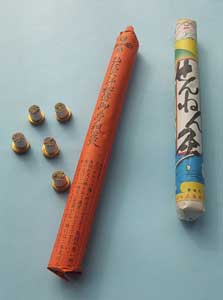 Moxibustion is especially effective in the treatment of chronic problems, "deficient conditions" (weakness), and gerontology. Bian Que (fl. circa 500 BCE), one of the most famous semi-legendary doctors of Chinese antiquity and the first specialist in moxibustion, discussed the benefits of moxa over acupuncture in his classic work. He asserted that moxa could add new energy to the body and could treat both excess and deficient conditions.

In traditional Chinese medicine there is a belief that moxibustion of mugwort is effective at increasing the cephalic positioning of fetuses who were in a breech position before the intervention. A 2012 Cochrane review stated that there is "some evidence" that moxibustion may be useful for reducing the need for external cephalic version,

Photo of a lady with some needles in her back and Moxa warming the needles. This is very relaxing.

This is a good book on the subject of Moxibustion.